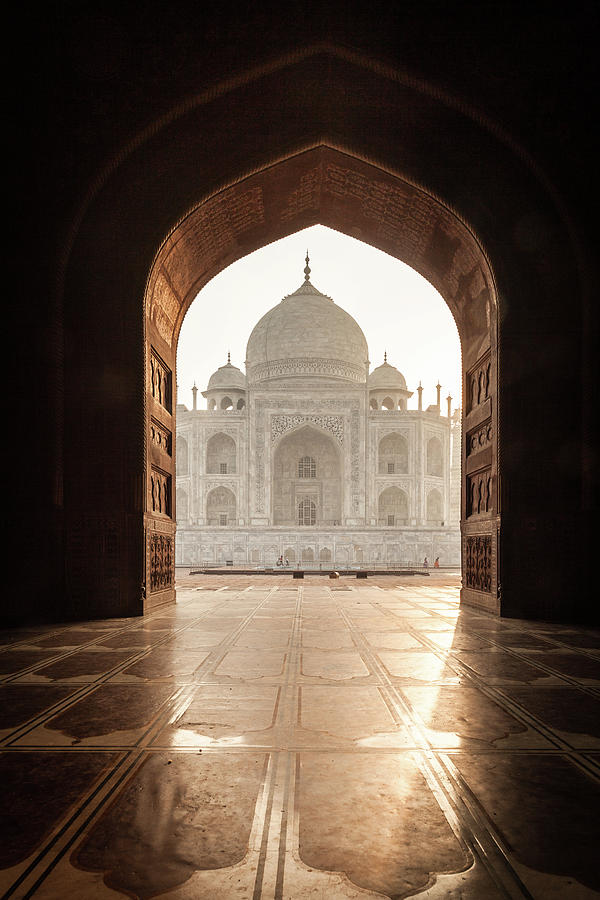 Enhancing the already present splendor of the Taj Mahal is a building that stands on the western side of it, a Mosque made up of red sandstone. It serves two purposes, first, it was obligatory according to the Muslim law for each mausoleum to have a place of worship nearby; second, the mosque and a mirror image of the mosque, a guest house that stands on the opposite side of it, together provide a perfect symmetrical balance to the architecture of whole of Taj Mahal. Used for prayer purpose, the mosque faces the direction of the holy city of Mecca and is believed to have been built by Isa Mohammad. The exterior possesses one dominant portal known as an Iwan and on either side of it are two smaller arches. Three marble coated domes and four little domed kiosks with marble veneer make up for the splendid visuals of the mosque, a design that is similar to others built by Shah Jahan, particularly to his Masjid-Jahan Numa, or Jama Masjid, Delhi.