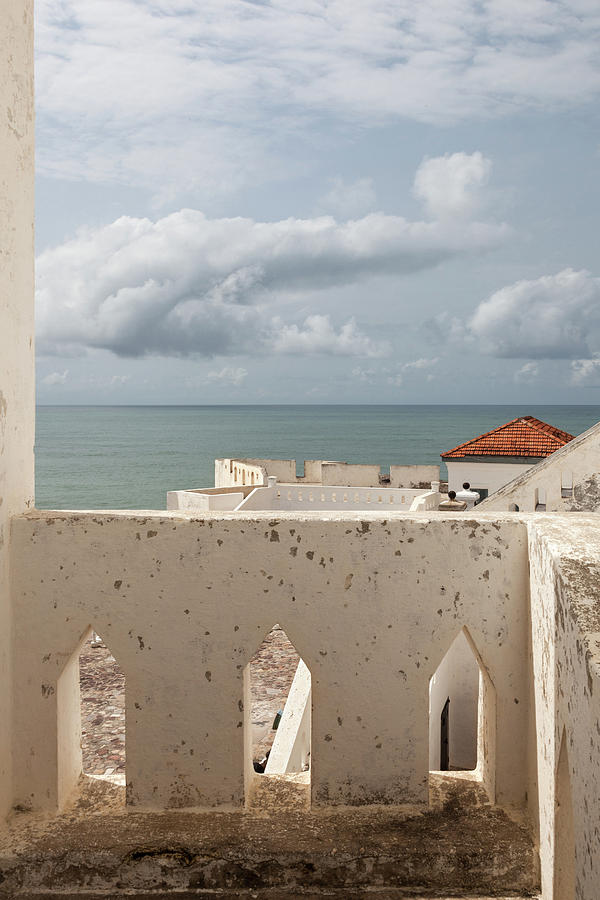 Cape Coast Castle is one of about forty "slave castles", or large commercial forts, built on the Gold Coast of West Africa (now Ghana) by European traders. It was originally built by the Swedes for trade in timber and gold, but later used in the trans-Atlantic slave trade. Other Ghanaian slave castles include Elmina Castle and Fort Christiansborg. They were used to hold slaves before they were loaded onto ships and sold in the Americas, especially the Caribbean. This “gate of no return” was the last stop before crossing the Atlantic Ocean.